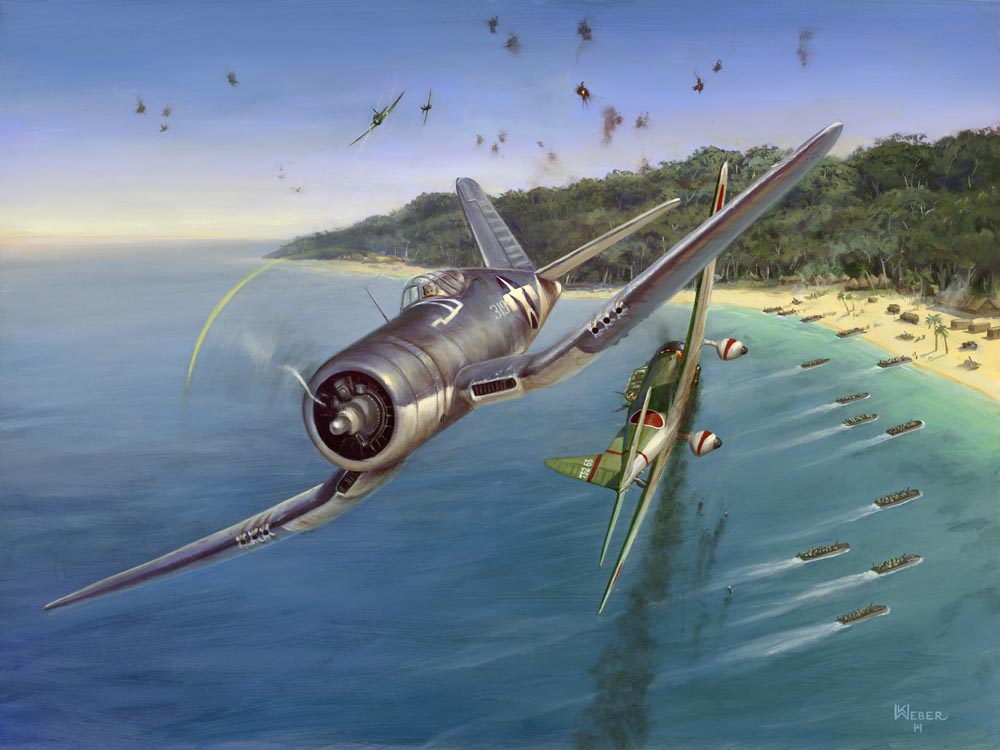 He quickly dove on the group and shot down one Val. He then chased them into the friendly

anti-aircraft fire where he shot down anotherin a head on pass. Suddenly he was attacked by

Zeros and after taking significant damage managed to elude the attackers.

At the end of the day he had over 30 bullet holes in his plane, 2 kills

and was awarded the Navy Cross.