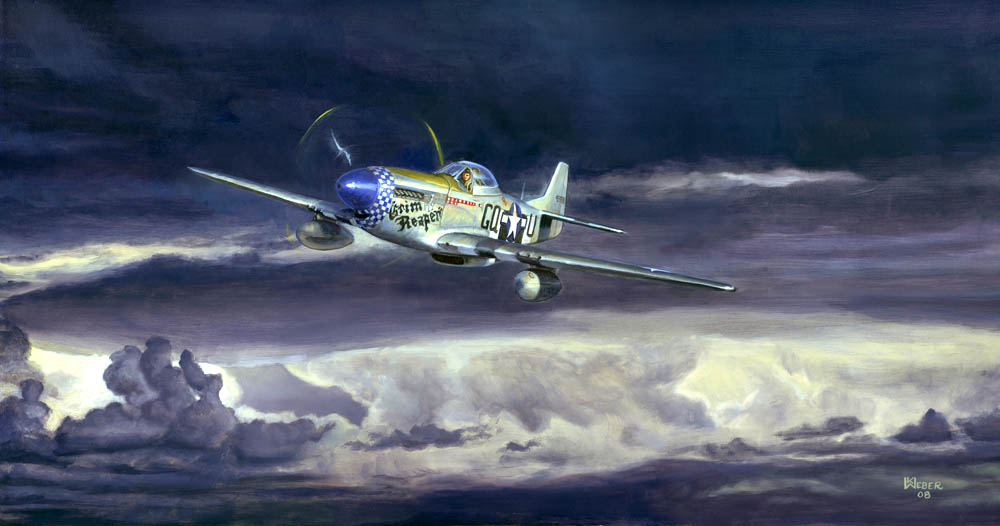 Col. Brueland ended WWII with 12.5 confirmed kills in combat. He was awarded

the Distinguished Service Cross for his action on July 28th 1944, in which he lead

front lines. During the attack Brueland destroyed 3 fighters, damaged a 4th and forced the

fighter bombers to jettison their bombs and disperse thus eliminating the threat.