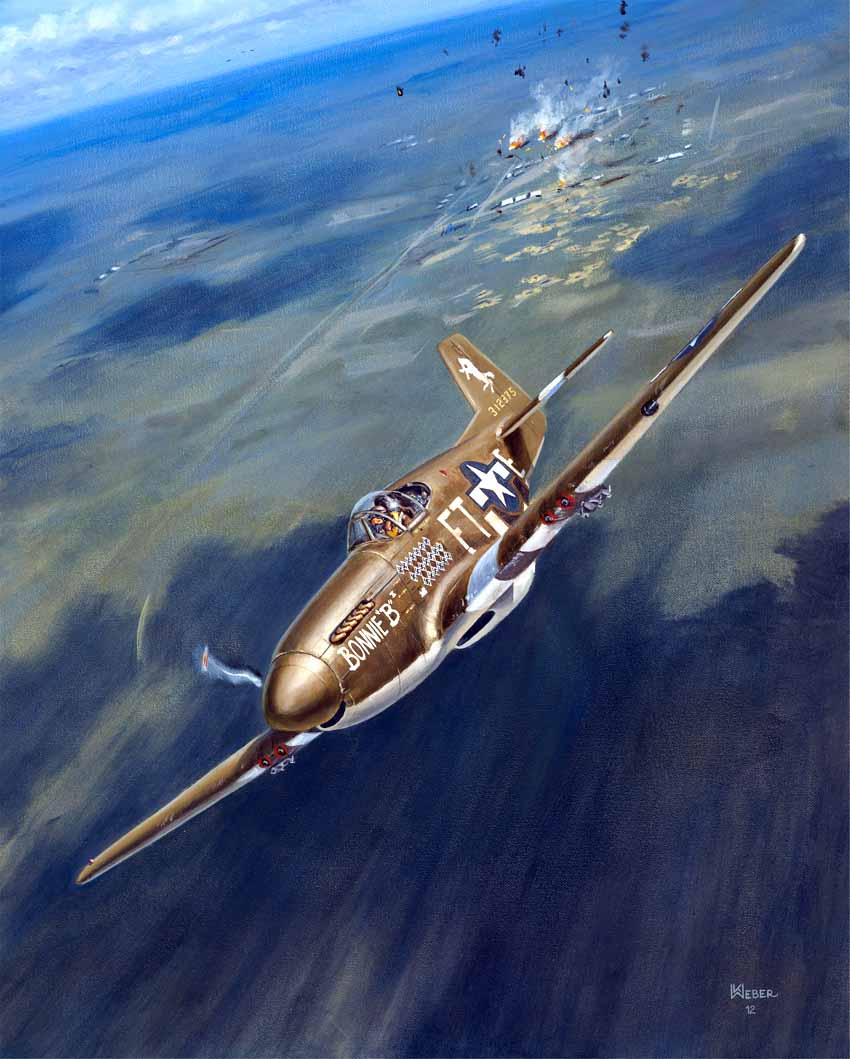 After making his first strafing run on the German airfield in Reims France, Maj. Beerbower would

of attacking planes. During the second pass he was shot down and killed. He was 22 years old.

At the time of his death Maj. Beerbower was the commander of the 353rd Fighter Squadron

and the highest scoring ace of the 9th Air Force.