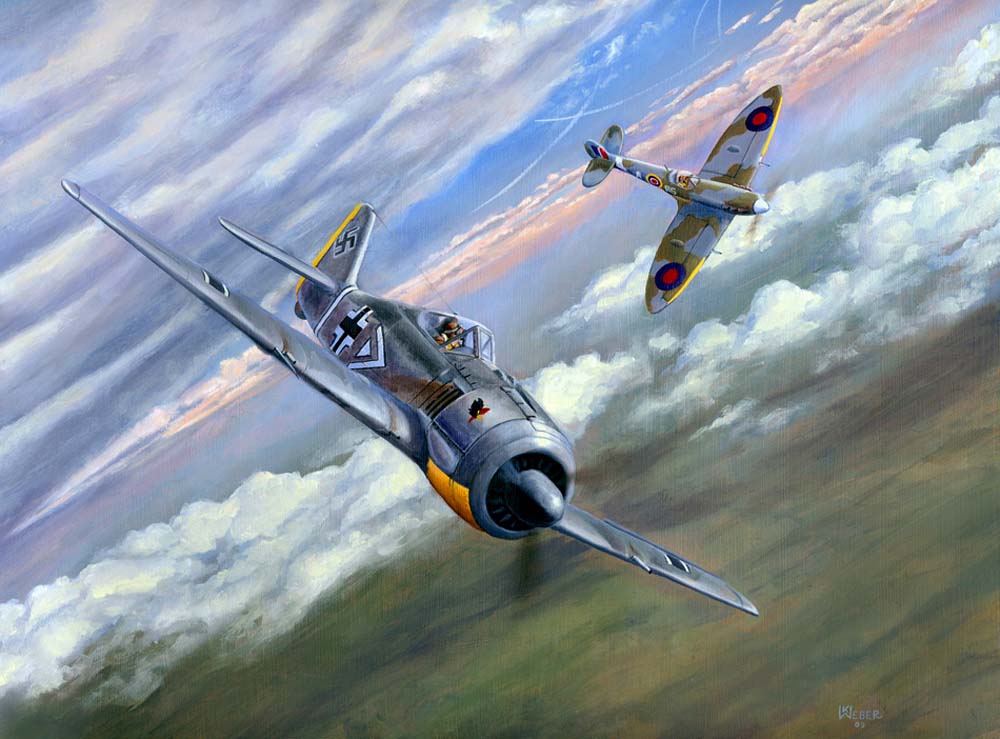 until his death in combat in 1944. During WWII he shot down 102 enemy aircraft,

all on the western front. On his 25th birthday he shot down two Spitfires over Dieppe

France during operation Jubilee. He was awarded the knights cross with swords and oak leaf.