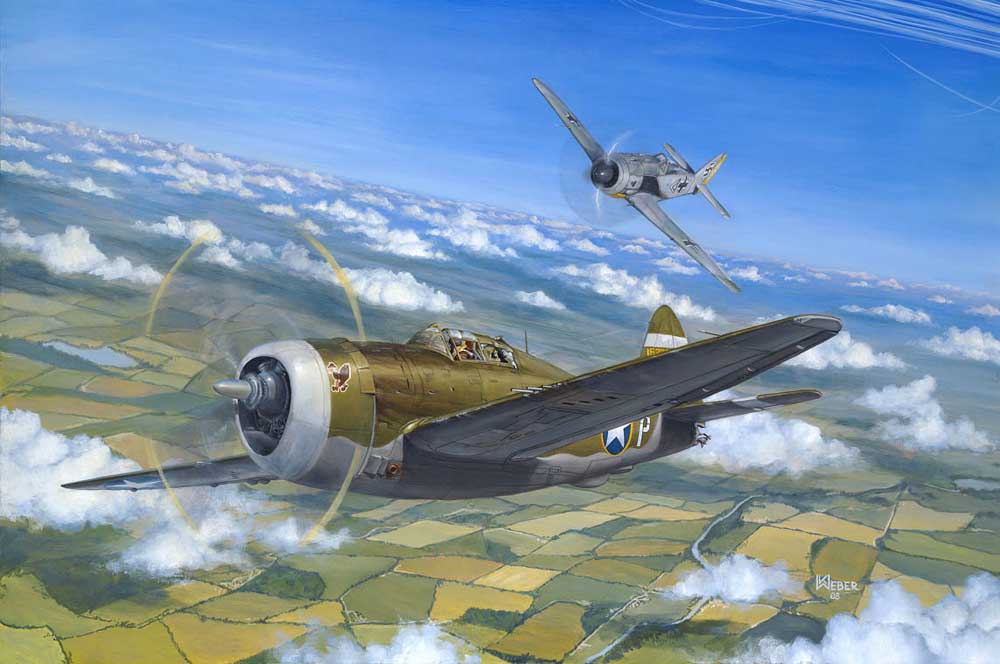 The P-47 Thunderbolt of Robert S. Johnson heads back to England  after being heavily damaged,

German ace Egon Mayer closing in on him. Mayer relentlessly unloads the rest of his ammo on Johnson,

but the American keeps flying. Mayer then pulls along side Johnson to inspect his surviving aircraft.

After flying together for some time the German pilot salutes the American and pulls away. Johnson